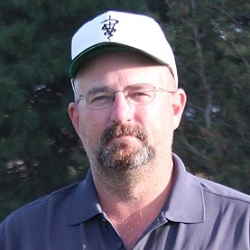 Dr. Travis Hissong is a Nebraska native growing up in Hebron, Nebraska.  He attended University of Nebraska - Lincoln for his undergraduate and received his Bachelors degree in Animal Science and Kansas State University for graduate school where he obtained his doctorate in Veterinary Medicine in 1996.  Dr. Hissong became an Associate at Countryside Veterinary Clinic of Oberlin in 1996 and an owner in 2003.  Dr. Hissong purchased the remaining interest in the Oberlin location of Countryside Veterinary Clinic and sold his interest in the Hoxie location in August of 2015.  August 5, 2015 Dr. Hissong opened Heartland Veterinary Service of Oberlin, PA.  He is a mixed animal practitioner who also is the sale barn veterinarian for Norton Livestock Co.

Dr. Hissong is married to his wife, Abby, who is the office manager as well as a licensed insurance agent. The Hissongs have two children, Alexis who is a graduate of Kansas State University with a bachelors in Animal Science and Gatlin, who is a student at Nebraska College of Technical Agriculture majoring in Livestock Management. The Hissong family is active in the community in various aspects of church, school and civic organizations. 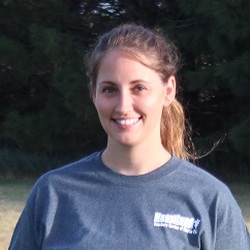 Dr. Stephanie Bailey grew up in Sedgwick, a small town outside of Wichita.  She attended Kansas State University for her undergraduate and graduate degrees and obtained her Doctor of Veterinary Medicine in 2014.  Dr. Bailey joined the practice in June of that year.  Her passion lies in small animal medicine, but she enjoys the challenge of treating large animals as well.

Dr. Bailey is married to Denton Bailey, a native of Norcatur.  He is a district sales manager for LG Seeds as well as farms.  The couple welcomed their first child, Scarlett, in March 2015.  They also have a dog, Remington, and a cat, Sadie.

Abby Hissong is a Nebraska native growing up in Carleton, Nebraska. She is a graduate of Southeast Community College in Lincoln, Nebraska. Abby has been a licensed insurance agent since 1999 and became the office manager at Heartland Veterinary Service in the fall of 2015. She and husband, Travis, have two children, Alexis and Gatlin. The family enjoy spending time doing things as a family as well as being actively involved in community. 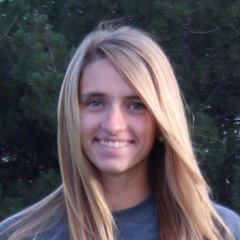 Alexis Hissong is the daughter of Dr. Travis and Abby Hissong. She graduated from Decatur Community High School in 2014 and Kansas State University in 2017 with a Bachelor’s Degree in Animal Science. Alexis is a veterinary assistant as well as a Select Sires Beef Sales Representative pursuing her passion for beef reproduction. She enjoys spending as much time as she can working with large animals but also enjoys spending time with her spoiled miniature dachshund, Huck.
We look forward to assisting you and your animals!